Larry Levis: Repetition of Imagery and Diction in Elegy and The Darkening Trapeze

The following post is primarily an amplification of my review published in the August issue of PoetryFlash, concerning the repetition of imagery and diction in Elegy and The Darkening Trapeze, the two posthumously published books of the poems found on his computer and in his notes after the untimely death of Larry Levis at age 49. A portion of the text can be found in my review published by PoetryFlash, but much of the material is new.


David St. John chose to begin the second posthumously published collection of poems taken from Larry Levis’s computer and final papers discovered after his death in 1996 with a poem that extends the poem St. John selected as the final poem of The Selected Levis (University of Pittsburg Press, 2000), as if the first posthumously published collection (Elegy) did not exist. Except for one poem, the poems selected by Philip Levine for Elegy and those left to be assembled by St. John for The Darkening Trapeze, all came from the same uppermost stratum of the frozen landscape of Levis’s work that he left behind. The difference between these poems in The Darkening Trapeze from those selected by Levine is the same as the difference between the snow fallen and swept from the front door of Levis’ apartment and the snow drifted up against the back door—both bring to the mind of this reviewer Stafford’s “freezing snow / hesitating toward us from its gray heaven / falling not quite silently / and under [which] you and I still are walking” (Stafford, "Near").


Be reminded, then, of the following final lines from “At the Grave of My Guardian Angel: St. Louis Cemetery, New Orleans” addressing “Nothing,” not as an absence but as a presence as real as anything:

We’d better be getting on our way soon, sweet Nothing.


I’ll buy you something pretty from the store.
I’ll let you wear the flower in your hair even though you can only vanish
entirely underneath its brown, implacable petals.
Stop your sniveling. I can almost see the all night diner looming
Up ahead, with its lights & its flashing sign a testimony to failure.
I can almost see our little apartment under the freeway overpass, the cups on
the mantle rattling continually—
The Mojave one way; the Pacific the other.
At least we’ll have each other’s company.
And it’s not as if you held your one wing, tattered as it was, in contempt
For being only one. It’s not as if you were frivolous.
It’s not like that. It’s not like that at all.
Riding beside me, your seat belt around your invisible waist. Sweet Nothing.
Sweet, sweet Nothing.

These lines could very well precede the opening lines from The Darkening Trapeze, either as a separate poem, or in lines that begin "Gossip In the Village:"

I told know one, but the snows came, anyway.


They weren’t even serious about it, at first.
Then, they seemed to say, if nothing happened,
Snow could say that, & almost perfectly.

The village slept in the gunmetal of its evening,
And there, through a thin dress once, I touched
A body so alive & eager I thought it must be
Someone else’s soul. And though I was mistaken,

And though we parted, & the roads kept thawing between snows
In the first spring sun, & it was all, like spring,
Irrevocable, irony has made me thinner. Someday, weeks

From now, I will wake alone. My fate, I will think,
Will be to have no fate.

And with these opening lines, St. John pulls us back onto the dark road of Levis’s world where “Nothing,” is “riding beside [him]…seat belt around invisible waist,” with enough corporality to wear “something pretty from the store,” and where a sleeping village is as “alive and eager” as “someone else’s soul” beneath its “thin dress” of snow; a world where Nothing provides enough company on the journey to elicit affection, but where at the end of the journey, the reader arrives at a place where the poet’s fate is “to have no fate.”
This gesture of defining a thing with the absence of its core or the opposite of its chief characteristic is a signature move of Levis, brought into sharp focus with the poems left to St. John to assemble into The Darkening Trapeze. The “flesh that has stepped out of its flesh” in “La Strada;” “the light…the nothing all light is” in “A Singing in the Rocks;” “Even wailing / … / Was really a quiet” and “Everything became different / By staying just the same” in “Idle Companion;” “the home [one] enters [that] is not his home” in “The Necessary Angel;” “the café tables” in "Threshold of the Oblivious Blossoming,"  “[that] Were empty because it was raining, / [and] The rain [that] was empty as well”—all sprinkled throughout the characteristic images of trees and snow and even a horse or two in an artful way to remind us, lest we grow too confident in the world of sensate experience, that if one digs deep enough, there is really nothing there at all.
At the same time, many times in the same poems, Levis subverts our expectations by beginning a line in a way that will seem to be headed toward its polar opposite, only to move laterally in a direction we could not have predicted, seemingly mocking previous lines and even the reader for losing faith in everything, giving us just enough to believe in to seek some kind of progression in the next lines or the next poem. Levis uses double images, often in the closing lines to a poem, in this way. After fearing, for example, that our fate, like Levis’s, is to have no fate, we, like him, “feel suddenly hungry,” only to find that “The morning will be bright, & wrong.” In “Col Tempo” Levis ends the poem with “It seems so limitless, the litter in the streets, / The large families of the poor, the stars over it all.” In “The Necessary Angel” he closes the poem with a double-double—two images and two adjectives to describe them.

As she goes home to her small apartment, living alone,
The lights of the city glittering in the snowy air;
Said so that it can never be unsaid, by the creaking
Of his wife’s chair, by the ironic scraping of limbs
Against a wall, until the two sounds are all there is—
Filling the house with their brief & thoughtless triumph.

Levis readers will immediately think of the closing lines to “My Story in a Late Style of Fire:” “It is so American, fire. So like us. / Its desolation. And its eventual, brief triumph.”
I agree for the most part with Peter Everwine, that Levis intentionally repeated images and phrases as “motifs or riffs to unify the collection”—the collection meaning the unpublished body of work he left on his computer and in his notebooks upon his death. I believe that the two endings above are an example of that. However, I also believe that sometimes Levis “cannibalize[ed] certain passages from some poems in order to heighten and enlarge other more ambitious poems,” or that he even used those passages as place holders for edits that he never had time to complete.
Consider two lines from “La Strada,” a poem that Levine left out of Elegy, containing two lines seemingly lifted out of “Boy in Video Arcade” that made the grade for Levine because, presumably, these lines were more organically related to the latter poem. In Elegy “the scuffed linoleum floor” appears in the opening description of the boy:


I see a sullen boy in a video arcade.
He’s the only one there at this hour, shoulders slightly bent above a machine.
I see the pimples on his chin, the scuffed linoleum on the floor [italics mine].
In “La Strada” this image appears as a memory when

One day you get an earache. One day you can’t breathe.
You notice the old nurse wears a girdle as she bends over you,

You remember the smell of Spanish rice from childhood,
An orphanage with scuffed linoleum on its floors.

The narrative arc of the poem is driven throughout by the repeated question “What happens next?” Each answer builds in intensity from “The clown is dead,” to the above passage, to “It’s a carnival,” actually “a pretty poor excuse for a carnival, torn tents, everything // Worn out.” The poem culminates with these final two lines:

Worn out. But I guess it has to go on anyhow. And I guess

Perhaps Levis was using the line as a place-holder-ending to a poem that he never finished editing. And perhaps Levine was correct in his original assumption, and selected the more finished poem for Elegy, leaving this one behind. We will never know. What we do know is that David St. John has assembled this second set of Levis's final poems from poems not selected by Philip Levine for the first posthumously published collection, Elegy--and that there are numerous shared images and lines between the two collections.

In the end, the legacy of Levis's poems reminds me of what the theologian, William Hendricks, said about the blessings of God: "[They] are not so much to be understood, as they are to be enjoyed." In places, Elegy and The Darkening Trapeze defy description. But, for me, they never disappoint.

Terry Lucas
was born in the Midwest, grew up in New Mexico, and has lived in the San Francisco bay area for two decades. Terry's work has appeared in numerous literary journals, including Alaska Quarterly Review, Best New Poets 2012, Crab Orchard Review, Green Mountains Review, Great River Review, New Millennium Writings, and The Comstock Review. His work has garnered seven Pushcart Prize nominations. He is the winner of the 2014 Crab Orchard Review Special Issue Feature Award in Poetry. His chapbook, Altar Call, was a winner in the the 2013 San Gabriel Valley Literary Festival, and appears in the Anthology, Diesel. His chapbook, If They Have Ears to Hear, won the 2012 Copperdome Poetry Chapbook Contest, and is available from Southeast Missouri State University Press. His full-length poetry collections are In This Room (CW Books, 2016) and Dharma Rain (Saint Julian Press, 2017). Terry is a 2008 poetry MFA graduate of New England College. When he is not writing he is teaching as a regular speaker in the Dominican University Low-Residency MFA Program and as a free-lance writing coach. For more information about Terry and his work see www.terrylucas.com.
Newer Posts Older Posts Home
Subscribe to: Posts (Atom) 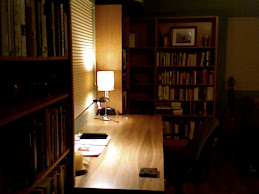 Terry Lucas
was born in the Midwest, grew up in New Mexico, and has lived in the San Francisco bay area for two decades. Terry's work has appeared in numerous literary journals, including Alaska Quarterly Review, Best New Poets 2012, Crab Orchard Review, Green Mountains Review, Great River Review, New Millennium Writings, and The Comstock Review. His work has garnered seven Pushcart Prize nominations. He is the winner of the 2014 Crab Orchard Review Special Issue Feature Award in Poetry. His chapbook, Altar Call, was a winner in the the 2013 San Gabriel Valley Literary Festival, and appears in the Anthology, Diesel. His chapbook, If They Have Ears to Hear, won the 2012 Copperdome Poetry Chapbook Contest, and is available from Southeast Missouri State University Press. His full-length poetry collections are In This Room (CW Books, 2016) and Dharma Rain (Saint Julian Press, 2017). Terry is a 2008 poetry MFA graduate of New England College. When he is not writing he is teaching as a regular speaker in the Dominican University Low-Residency MFA Program and as a free-lance writing coach. For more information about Terry and his work see www.terrylucas.com.